By Ronald Stein, Founder and Ambassador for Energy & Infrastructure of PTS Advance, 9/25/19

This article was originally published at capoliticalreview.com on September 9, 2019 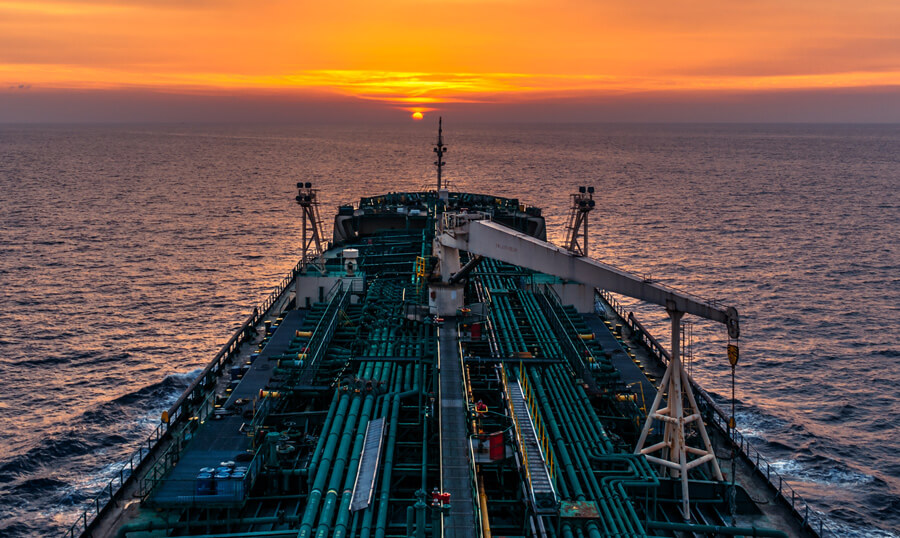 California prides its image as the green leader in America. However, California’s love of importing electricity and oil exposes the states’ irreverent passion to go green at any cost, and delegates the states’ responsibility for environmental stewardship to other countries and states that have significantly less environmental controls than California.

California is an “energy island” inhabited by roughly 40 million citizens and situated between the Pacific Ocean and the Arizona/Nevada Stateline, with no existing pipelines over the Sierra Nevada Mountains that run along the eastern California border and effectively separates most of the state from the rest of the country.

While the other 49 states are implementing exploration efforts that have contributed to America now being a net exporter of oil, California’s leaders believe it is better to import crude oil instead of increasing in-state crude oil production from the largest shale reserves and ocean crude oil reserves in the country found in the Monterey Shale and Pacific Ocean.

There are approximately 2 billion barrels offshore Santa Barbara that are discovered, estimated and producible, but subject to state and federal moratoria on production. The larger reserves are within 7 miles of the coast. This number is significant in that, with recently proven slant-drilling technology, formations within 7 miles of shore are accessible mostly from land-based slant drilling, with NO offshore spill risk.

With the not-to-explore philosophy within the state, California ignores the dangers to marine life identified by the National Oceans and Atmospheric Association (NOAA) from those tankers from foreign countries bringing energy to the West Coast. Rather than keeping the oil contained and controlled onshore, California’s importing philosophy inadvertently supports the negative impacts of oil on sea turtles, mangroves, and coral reefs that foreign tankers expose to marine life.

California leaders NEVER discuss the nautical distance and the weeks those tankers need to travel to get to California ports. For example, the distance for tankers from oil rich Saudi Arabia to Long Beach is almost 9912 nautical miles via the Suez Canal and the Panama Canal. Other foreign sources and the nautical miles from the West Coast ports that California is dependent upon are Ecuador 3228, Columbia 3289, Iraq 11564, and Kuwait 11494.

The mileage and cost per nautical mile a ship must travel to bring crude to California is huge. A large tanker travels 28 feet on a gallon of residual fuel oil (149,690 BTU or 1.2 gallons of gas). This equals 0.004 mpg. Rather than produce its own oil from the largest oil reserves in America, located in-state, California supports and pays for this use of energy by others, to get its oil demands met.

In addition to the mileage and costs to bring oil from foreign entities, there are the dangers and time going through the Panama Canal. If everyone remembers, the United States turned over control of the canal to Panama in 1999. Without the protection of the US the canal is subject to attack from nearby countries that are experiencing civil unrest. Again, California, dismisses any concerns about civil unrest internationally.

So, where are all the green people? Their silence is deafening in regards to the atrocities of exposing marine life to the logistics of importing oil into California from afar, and the wastage of energy to get that oil from foreign countries to West Coast ports. Seems that the green peoples’ fake pollution standards do not apply outside the borders of the state.

California loves to view energy with tunnel vision, believing that Californians only breathe California air and not the air in the world’s atmosphere. Only seeing the clean in front of their eyes while being oblivious to the negative impact to the world’s emissions and environment that result from importing oil rather than producing it.

Adding insult to injury California is also phasing out nuclear reactors to generate zero emission electricity. By 2024, the remaining PG&E’s Diablo Canyon’s 2,160 megawatts of power will be shuttered.

It gets bleaker in the coming years, as Los Angeles Mayor Garcetti recently announced that Los Angeles will shut down three gas powered electricity generating power plants at Scattergood 823 MW in Playa Del Rey in 2024, followed by Haynes 575 MW in Long Beach and Harbor 472 MW in Wilmington in 2029.

While refusing to reconstruct these facilities to accommodate more restricting standards, the mayor went on to say, “this is the beginning of the end of natural gas in Los Angeles.”

The Mayor, Governor, and every other elected and appointed official is deliberately ignoring the fact that Natural Gas generating plants currently provide about 47 percent of the state’s electricity, and the state has NO plans to replace that with intermittent renewables!

Intermittent electricity from low power density renewables is expensive to consumers and have contributed to California household users paying 50% more, and industrial users paying more than 100% more than the national average for electricity.

Last year alone. California imported up to 29 percent of its electricity because it could not generate enough in-state to meet its demands. The good news is that we’ve had no brown outs. The bad news is that imported electricity comes at higher costs and are being borne by residents and businesses alike. Without the huge land requirements for wind and solar renewable electricity, the need to import more will escalate every year.

In addition to importing electricity, the California energy island’s love of foreign crude oil is obvious as California increased crude oil imports from foreign countries from 5% in 1992 to 57% in 2018, costing California more than $32 Billion dollars a year (Yes, that’s a “B”). That’s $60 million EVERY DAY of our money being paid to oil rich foreign countries.

California’s green movement dark secret about importing its electricity and oil demands for the 5th largest economy in the world, is that California is directly responsible as a major contributor of pollution and higher emissions from states and countries with less environmental controls than California. In addition, the California green passion has resulted in the exorbitant electricity and fuel costs it imposes on its 40 million residents for importing electricity and crude oil.

Los Angeles Mayor Garcetti, State Governor Newsom, the Green People’s pollution standards, and the Democratic controlled State Senate are playing popularity contests with the facts and hiding the truth about importing its electricity and oil demands. Such actions delegate the states’ responsibility for environmental stewardship to other countries and states that have significantly less environmental controls than California.